How shall we sing the Lord’s song… in ‘Greater Jerusalem’ 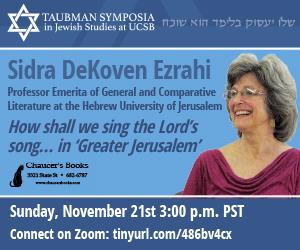 After the fall of the Second Temple in the first century C.E., Jerusalem would continue to animate the imagination as the always-present, but always-elusive, center of religious consciousness in all the Jewish diasporas across the globe. So “what happens” when the Hebrew imagination “comes home” to Jerusalem in the 20th and 21st centuries, most dramatically in the wake of the Israeli conquest of the Old City and the Temple Mount in 1967? After briefly examining a few classical biblical texts and one medieval text through the critical lens of contemporary cultural and political challenges, our session will consider the temptations and the dangers of newly-won proximity to the sacred through the prose ofS.Y. Agnon and the poetry of Yehuda Amichai.